Douglas Battista | A History of Taxes in the US 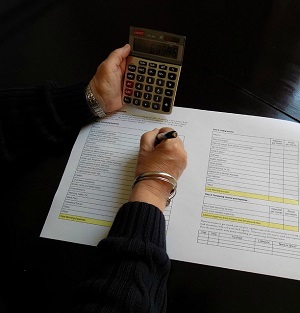 It’s that time of year, either you’re clamoring to get your taxes done in anticipation of a nice fat refund or you’re dreading writing a big check to cover the taxes you didn’t pay. But, have you ever wondered why we pay taxes. Here, Douglas Battista shares insight on the topic in a brief question and answer session.

Q: What were the first taxes in the United States?

Douglas Battista: The history of US taxes goes back to the 1760s, leading up to the American Revolution. A newly-formed independent nation began collecting taxes on imported goods and whiskey. For a brief period, the US also imposed tariffs on glass windows. Early taxpayers paid taxes for the right to vote and land owners were charged a percentage of their net yearly revenue on crops.

Q: How did taxes play a role in the American Revolution?

Douglas Battista: Back in the 1700s, when we were first getting to know the land that would become the United States, the original 13 colonies were still under British “protection.” The monarchy maintained a military presence in the colonies and collected taxes to pay for that presence. The newly dubbed Americans rose up in protest and fought back against being taxed without representation in British Congress.

Q: What was the Boston Tea Party?

Douglas Battista: Contrary to its festive-sounding moniker, the Boston Tea Party was actually a protest against Great Britain. Essentially, hundreds of chests of the brewable herb were thrown into the Boston Harbor as an act of protest against the Tea Act of 1773.

Q: What purpose do taxes serve?

Douglas Battista: Taxes are something that all working Americans must pay in order to fund community amenities, such as roadways and police and fire protection. Additionally, local property taxes fund schools and maintenance of local green spaces. Federal Income Taxes, which are percentage of an individual or family’s gross income, largely go to fund government-based programs, such as supplemental security income and the food and nutritional assistance program.
Posted by Unknown at 1:00 PM